The Buddha’s Birthday and Multicultural Festival has taken place in WA since 1993 and its popularity has increased tremendously over the years. It brings together the multicultural, multi-faith community of WA to this free event, giving the opportunity for Buddhists and non-Buddhists alike to experience the compassion of the Buddha, learn about other cultures, gain new experiences, or simply be entertained and have a fun day out.

The birth day of the founder of Buddhism, Sakyamuni Buddha, is an annual event which is celebrated all over the world and is the most significant date in the Buddhist calendar.

The popularity of the Buddha’s Birthday and Multicultural Festival has increased tremendously over the years, bringing together the multicultural, multi-faith community of WA to this free event, giving the opportunity for Buddhists and non-Buddhists alike to experience the compassion of the Buddha, learn about other cultures, gain new experiences, or simply be entertained and have a fun day out.

The 2-day Festival aims to provide a variety of activities throughout the day for visitors of all ages and from all cultural backgrounds through ceremonies & rituals, culture & arts, multicultural food and entertainment.

The generous support and recognition over the years from state and local government, businesses and religious organisations, members and friends of BLIAWA, has contributed to the success and made it one of the major annual events to be held in the City of Perth.

The Buddha's Birthday and Multicultural Festival holds a special place in many of the hearts of our volunteers. Radio Fremantle 107.9 FM interviewed BLIAWA's Grace Collins to find out how the festival has shaped her life and find out about the preparations leading up to the day. Listen to the radio interview here: Radio Fremantle - BBMF 2017 Interview

Legend records that when Prince Siddhartha was born, there were extraordinary and auspicious signs heralding his birth. They describe the sky as being clear with brilliant sunshine, flowers blooming and birds singing. Dragons appear in the sky spurting two streams of purified water (one cool and one warm), that gently cascaded down to bathe the infant Buddha.

After the birth of the Prince, he was examined by holy men who announced that he would become a great religious leader. His father King Suddhdhana wanted him to follow in his footsteps and thus set about providing a life of luxury, sheltered the child prince from the world’s miseries.

When Siddhartha was a young man, he was at last allowed to venture from the palace. In the town, he saw four sights: a decrepit old man, a person racked with disease, a corpse and a holy man. Thus he learnt of life’s inevitable sufferings of old age, sickness and death, and the transient nature of all worldly pleasures. Siddhartha also recognised that the holy man had found peace in spite of life’s misery.

Determined to find a way to be free from earthly troubles, not just for himself but for all sentient beings, Prince Siddhartha renounced his crown and left his young wife and son to embark on a journey to seek the ultimate truth. It was only after 6 years of cultivation that he attained supreme enlightenment and was henceforth known as Sakyamuni Buddha.

With endless compassion, Sakyamuni Buddha shared his teachings with his followers so that they too could discover the Middle Path to end all suffering and become a Buddha one day.

Hence, a Buddha is not a god, but one who, through complete wisdom and compassion, has attained full enlightenment and is thus beyond the cycle of birth, death and rebirth. 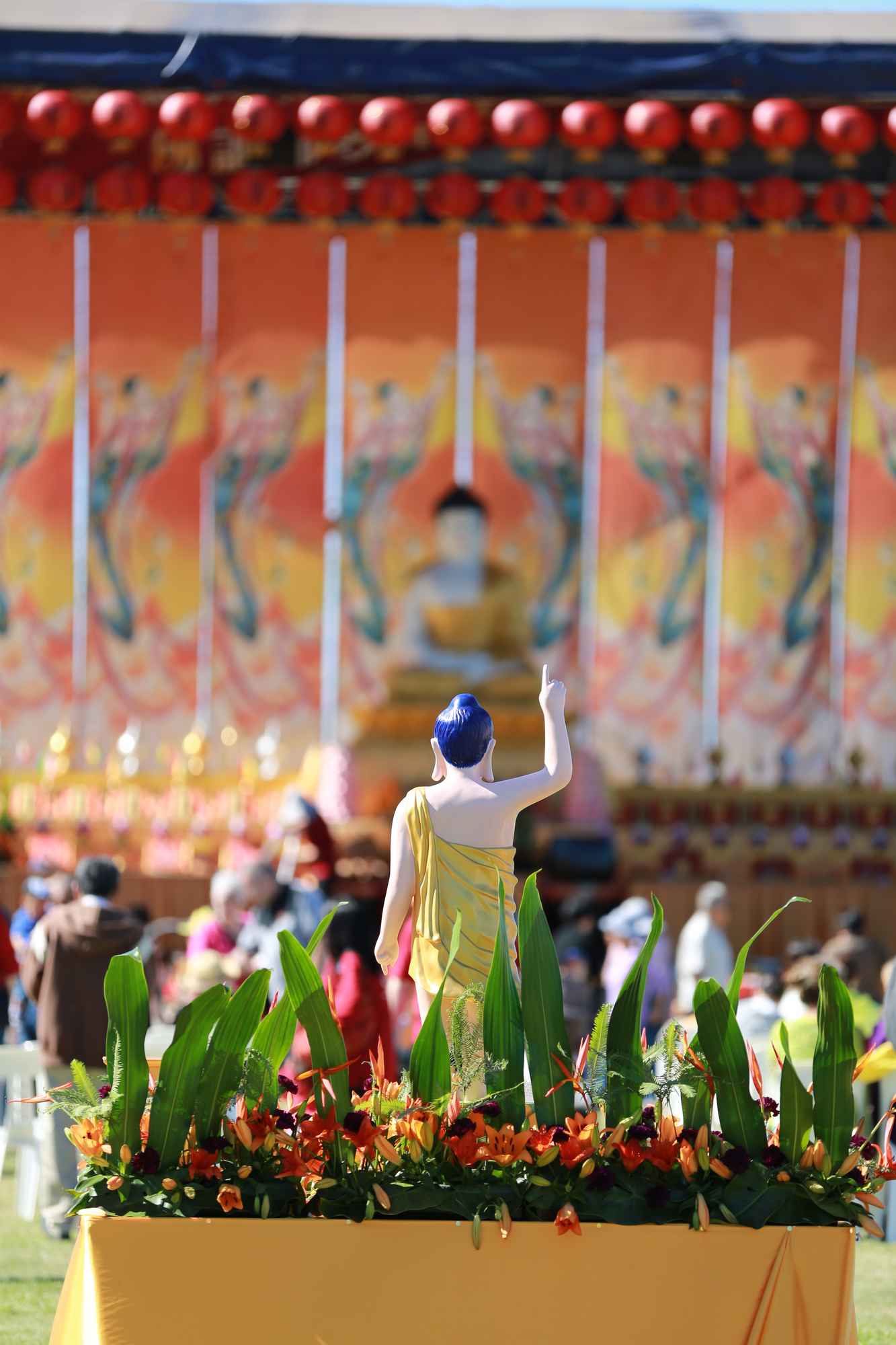